Phil Spencer is a presenter, author, businessman and property investor. As co-presenter of the long-running Channel 4 series Location Location Location he has become one of the best-known faces on British television and is widely credited as being an expert in all things property related. Over the last 20 years he has hosted numerous TV series and continues to be an anchor for Channel 4 viewing figures. Outside of television, he has published books, written regular columns and features for leading newspapers and lifestyle magazines, hosted radio shows, taken on immense charity challenges, produced apps as well as set up and run three successful businesses.

In 2015 Phil moved out of London and now lives in Hampshire with his wife Fiona, their two sons, several dogs, ponies, chickens and sheep.

Phil Spencer was born in 1969 in Canterbury, Kent. Brought up on a family farm, he’s a country boy and spent his entire childhood messing around outdoors on the farm with his three siblings, learning about nature and conservation and playing lots of cricket.

Phil was educated at Uppingham School in Rutland. He left school after A-levels in 1988 with dreams of either joining the army or playing professional cricket. After a year teaching sport in a school on Australia's Gold Coast he joined the British Army on a 3 month Potential Officers course and played junior county cricket for Kent.

His passion for property emerged when, after a stint working for an estate agent in Canterbury, he decided to head to University and sat a 4 year degree course in General Practice Surveying at London’s Southbank University. Having gained his Surveying degree, in 1996 Phil founded the company Garrington Home Finders (www.garrington.co.uk), and was one of the very first property professionals to specialise in looking after the interests of purchasers. The business model took off and has since been much emulated. As founder and Chief Executive Phil developed Garrington over the following 12 years into an organisation with 4 offices, a staff of 30 and an annual turnover of £3.5 million. Although he has not been involved with the business since 2008, Garrington continues to thrive and is run out of offices in Cambridge.

A natural ability to understand and interpret house hunters needs, to find them houses and negotiate deals led Phil to being contacted by a Scottish production company. They were looking to develop a program idea that followed the thrills and spills of couples going out house hunting, but had limited knowledge of what was actually involved in the process. Although initially approached for his property advice and as a consultant on the format, he was subsequently asked to record a screen test as presenter. Kirstie and Phil then screen tested together and immediately hit it off. Location Location Location was born and Relocation Relocation followed shortly afterwards. The 34th series of LLL has just been transmitted, making it the longest running and most successful program of its type on UK TV. It continues to be made today and is watched in 72 countries around the world.

Whilst Kirstie and Phil have become something of a double act and love working together, they have both gone on to present numerous other programs. They spend six months of the year working on LLL and six months on individual projects for their own production business.

In 2010 Phil and Kirstie set up Raise the Roof Productions with their long-term production partners Sarah Walmsley and Jane Muirhead. Company headquarters is in Glasgow, Scotland.

In 2018 Phil set up the website Move iQ to represent his long-held ambition to provide top level property advice and guidance to the widest possible audience. Company headquarters is in Cambridge.

On three consecutive years Phil has led teams taking part in the Everest In The Alps Challenge, ski touring a mammoth 8,848metres uphill and helping to raise over £4.5Mil for The Brain Tumour Charity.

There can be few other television presenters who have been as prolific as Phil has been over the last 17 years. His relaxed and friendly demeanour comes across easily on screen whether he is clowning around with Kirstie, being diplomatic with owners of untidy houses, negotiating deals or exploring a stately home.

Phil's dulcet tones are just as recognisable as he is in person. With such a distinctive voice, he is regularly heard doing voice-over on both radio and television adverts.

Check out some of my voiceover work:

Available on the App Store

House Hunter is the first app to allow buyers to search across thousands of UK properties while being guided through every stage of the buying process by Kirstie and Phil. 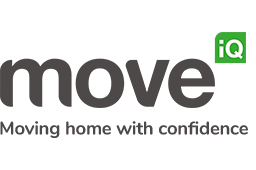 After several years planning and developing the site, Phil launched the Move iQ business in March 2018 alongside Amanda Collings and Jonathan Hopper, former colleagues from his years running Garrington Home Finders. It is an on-line resource designed to assist consumers wanting access to trustworthy and objective advice, data and opinions from which to base their property moving plans on. Whilst some advice is currently available – this tends to be limited, difficult to find, frequently out of date, or due to the nature of the companies providing the advise and their overarching commercial interests (selling houses or providing mortgages) can often be conflicted or unbalanced.

Move iQ seeks to redress this balance by empowering both buyers and tenants with the knowledge, resources and technology they need to make smart moving decisions and to strengthen their negotiating position. This is a one-stop shop for anyone moving home and wanting information about the market, location, process or specific property they are considering moving to.

Listen to the MoveIQ Podcasts 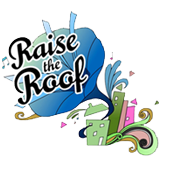 Raise the Roof Productions is a Glasgow based independent production company founded in 2010 by television presenters, Kirstie Allsopp and Phil Spencer alongside Jane Muirhead (Managing Director) and Sarah Walmsley (Creative Director). In summer 2012 the senior team was strengthened by Andrew Jackson, former Channel 4 Deputy Head of Features, joining the company.

In its ten years of business Raise the Roof has become one of the foremost companies in features, factual entertainment and formats in the UK. It is now the largest true independent in Scotland and is one of Channel 4's biggest suppliers. With over 450 hours of network programming selling to 81 territories, digital content, books and merchandise under its belt, it is recognised throughout the industry as a company trusted with high-end production values, ambition and scale. Nominated by Broadcast magazine among "Best Production Companies to work for" 2019 & 2020.

Phil has long-standing relationships with the following companies and is proud to recommend their work.

Phil is a Patron of St Mungos and also of Agents Giving, both involved with homelessness. A Patron of ellenor, providing hospice care at home for children in Kent. A Patron at Just Springers Rescue helping to re-home Springer Spaniels. A regular cricket player for the Lords Taverners, providing opportunities for disadvantaged and disabled children to enjoy playing sport.